There was fear in Milhouse’s eyes. The sight was not unfamiliar as any sane person put into the same situation would feel the same. At least, anyone without as much guts as Bart Simpson, his best friend. But Milhouse, as always, had caved to his friend’s demand. He never could resist his friend’s influence. In many ways, the blue haired boy looked up to Bart. Though his couldn’t agree to his chaotic nature, Milhouse admired and desired the rebel’s spark of life and courage, and so he followed him everywhere, hoping some of it would rub off of him.

The scenery in the distance seemed still, but the ground broke the illusion as it sped along its erratic path. The radio controlled car, adorned with five powerful bottle rockets, raced past car after car parked alongside Evergreen Terrace. Milhouse worried that the small car might do some serious damage to them, but Bart cared not, instead cheering it on as it almost collided with Flanders’ humble Geo, swerving at the last moment through some flaw in the pavement.

END_OF_DOCUMENT_TOKEN_TO_BE_REPLACED


“This is perverted”, Lisa told herself as she crept down the darkened hallway of her house, moving closer to the soft moans coming from her parents bedroom.

It was almost one o’clock in the morning, and Lisa, clad in her flimsy powder blue nightie had been fighting the urge to peek for ages.

Thoughts of being caught flashed into her mind, the outrage of her parents, the embarrassment of it.

Lisa couldn’t help herself, she had to look,Quietly, she opened her parents bedroom door.

In the darkness, Lisa crept silently forward, until she could see the bed, and the writhing bodies upon it. END_OF_DOCUMENT_TOKEN_TO_BE_REPLACED 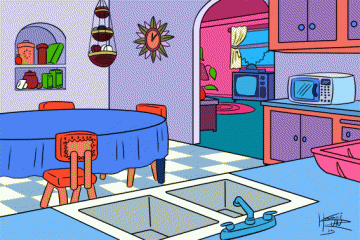